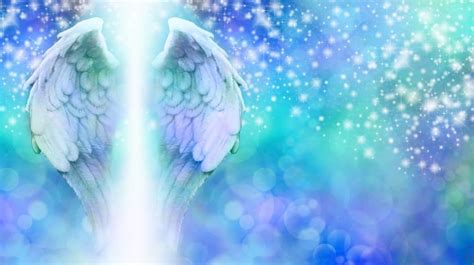 This is the one hundred and eleventh weekly article I have written.  Every week for over 2 years I have posted an article that I hope brought seekers closer to the absolute Truth of our existence.  In spiritual circles as well as in numerology, 111 has special significance. It has been called the “angel number”.  The number of spiritual awakening, prosperity, urgency and manifestation.  It is the number of new beginnings, starting over with the Devine.  I have seen 111 daily for over a month; digital clocks, odometers, temperature gauges, etc.  Clearly Source is sending me a message.  Part of that message was to tell the story of my first vision, below.  Some of you will recognize it from an earlier post, but its meaning is worthy of #111!

We as a world community are entering a new and wonderous time, both spiritually and physically.  It is truly new beginnings in so many ways.  May we continue our journey Home refreshed and renewed in the Light and Love of all Creation.

I woke up from a deep sleep and the clarity, feeling and reality of this vision was forever a part of me.

I was on a vast barren landscape.  My perspective was from above the ground, yet I knew I was looking at myself while simultaneously experiencing the situation.  I was not simply watching what was happening, I was a part of it.

A bright light was to my back and I was walking away from the light on a deep well-worn path.  Clearly, I was not the first person to walk this path, but I could see no one else or any sign of life other than the light that I was walking away from.  As I walked along this dirt path, it became deeper and deeper until it was more like a rut than a path.  The rut was made from the thousands of feet that had walked this path before me, yet there was no sign of life.  I was carrying in my arms what seemed to be a huge bundle of dark brown sticks.  They were all very dry and brittle.  I was collecting them as I walked down the path.

It was obvious from the load I was carrying, that I had been on the path for a long time, collecting these sticks all along the way.  The load was heavy, but I would not put it down.  I did not understand the need for the load, yet I labored on, collecting more sticks and continuing to increase my load of dry brown sticks while getting further and further away from the light.  I had been on this path for a long time, but it seemed I had no other choice.  I couldn’t get off the path and it only went in one direction, directly away from the light.

Soon I came to a fork in the path.  One way continuing straight ahead to the dark horizon before me and the other, less traveled, turned slowly to the right, like an exit ramp off a highway.  In the distance, just off the exit path was a large pile of dark brown sticks just like the ones I was carrying.  I was tired, worn down by my journey and the sticks were heavy.  I took the path to the right and continued toward the large pile of sticks.  As the path turned the light on my back began to move to my right side as my direction of travel became parallel to the light.  The light was the only source of illumination and was like a rising sun over the desert.

Soon I found myself in front of an enormous pile of dry, brown sticks, just like the ones I was carrying.  It looked as if people before me had dropped their load of sticks and continued down the path, but, again, there was no one else around.  I didn’t want to drop my sticks, but I did not know why I continued to carry them.

I could see the path continued to turn to the right and it eventually headed straight back in the direction from whence I came, with the returning path having the light fully on my face.  The path led back to the light, just as the path I had been on led away from the light.  The choice before me was clear.  I could drop my sticks and continue down the path I was on, which would eventually turn back toward the light in the distance, or I could continue to carry the sticks, and return to the path away from the light.

Now, as I write this, the choice is obvious, but at the time, I did not want to drop my load.  It was mine, I had collected it, even though I did not know what value the sticks represented.  My load was large and I had invested a lot of time collecting these dry brown sticks.  I could not just drop them in this pile and leave.  These sticks must be of value, or I would not have collected them.  That would be insane, collecting things of no value, but what was I to do with all these sticks?  My vision ended with me standing in front of the pile of sticks, wondering which way to go.

As I pondered the meaning of this vision, I realized that the sun represented Source.  As I walked away from Source, I was collecting the dry brown sticks, not one just like the other, yet they were all the same.  I was struggling under the weight of the sticks, but I would not stop collecting, further clouding my vision and my perspective as I struggled to carry my load.  The sticks were my judgments; the fears, the worries, the anxieties that we all create as we pass through this world.  The sticks, not one exactly like another, yet all the same, were a burden of my own making.  I had created the drama that swirled around me in this world, not Source, or any other individual; I had done it to myself.  I had created the world I lived in and could blame no one but myself.  One stick at a time, I had created the illusions that clouded my vision and kept me a prisoner of fear.

The vision presented me with a choice.  I could continue down the path of collecting judgments or I could lay it all down, able to return Home, my vision clear of any obstructions.  The longer I would continue down the path away from the Light, the more deformed and bitter I would become.  My load of sticks, my judgments, blocked and distorted my view of the world.  I didn’t dare drop any of my precious sticks for fear that I may lose them all. From my point of view with the Light at my back, the sticks were all that I could see to pick up.  The sticks were all I had.  In time my pile of dry brown sticks would completely obscure the Light from my eyes and all I would have left would be my pile of sticks.

The Truth is as it has always been, simple.  The lies and illusions are of the world we have created.  Just put down the sticks.  Throw them on the pile along with all the other worthless judgments and fears collected by others.  They cannot hurt you if you just put them down and walk away.  The Light on your face will show you the way.  The choice is yours.  Put down the sticks, leave the judgments, fears, worries and anxieties all behind and start the journey Home, or continue the insane life of moving through this world alone, collecting things of no value as you move farther away from Source.  Not much of a choice really, but I still find dry brown sticks hanging on to me.

There are as many opportunities to turn around on the path of illusion as there are individuals tired of carrying their load of dry brown sticks.  Time does not exist outside of our illusions and is of no importance.  Take all the time you need.  Try dropping just a stick or two at first and see how it feels.  Soldier on down the path of illusion if that feels right to you, it is your choice.

The Love and Light of Source is our inheritance, it belongs to each and every one of us.  However, we all walk the path of illusion away from the Light at some point.  We all collect dry brown sticks of no value and carry them around with us.  Each one different, yet they are all the same.  It does not matter, the Love and Light illuminates us just the same, whether we carry a huge load of sticks, just a handful or none at all.  It will never leave us and try as we might, we can never really leave the Love and Light, the energy of Source.  We pretend to leave it within our illusions as we pile the sticks high, but we never do.  Love and Light is who we are.

Know that the Truth, Love and Light is at your back.  Whether you can feel it or not, it is always there, waiting for you to drop your load of sticks and turn around to a new beginning.

Now we are doing yoga…