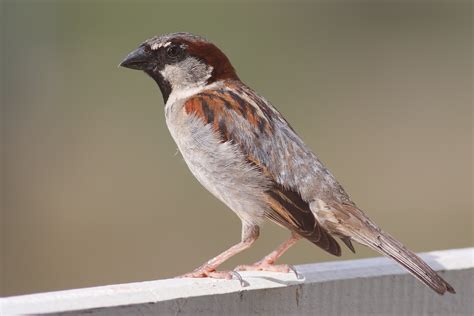 I said to my wife this past weekend, “Wouldn’t it be nice if we could just sit in a cool movie theatre with plush seats and watch the rest of 2020 like a movie while munching on buttered popcorn?”  2020 has all the elements of a great movie: drama, suspense, danger, plot twist galore and nobody knows the ending!  Alas, there is no theatre, no plush seats and no buttered popcorn…..

Yet, from a spiritual perspective the analogy of a movie is on point.  Spiritual writers for decades have written about how our existance is a play on stage, a movie, or the “matrix”.  We are all characters playing out a grand drama of our own making.  However, we are unable or unwilling to see past the edge of the stage, to remember our True Selves or understand that we as spiritual beings cannot be harmed.  Fear and suspense seem to blind us.  We get so wrapped up in “the movie” that we abandon the boundry between our spiritual self and our physical bodies.  As a teenager I screamed out loud during a showing of the Exorcist and thought the demon was coming for me!  But make no mistake, we are here to experience all that is offered for the joy of experience itself, both good and bad.

All of this is very hard to conceptualize.  How can we as intelligent, thinking, breathing human beings be oblivious to any so called spiritual existence?  Clearly we would see or feel whatever existence it is that lurks just behind the veil, right?   Therefore the spiritual does not exist.

We are beings of science and demand proof, all the while accepting that the vast majority of science deals with the imagination of scientists trying to square the unknown with their perception of reality, and they ignore the rest.   We call this intellectual exploration scientific theory while spiritual explorers are simply quacks.  Let me illustrate the fallacy of this approach.

A few years ago I was attempting to meditate early in the morning on my back porch.  I was unable to get where I wanted to go, so I sat staring out over the porch railing.  A sparrow landed on that railing directly in my line of sight and began to look around in what appeared to be a nervous dance fearing that it might be attacked at any moment.

Instantly, I was seeing through the eyes of that sparrow as it surveyed the yard.  My consciousness was sharing the body of that little sparrow, I was existing in those few moments as the sparrow and could not sense my larger self’s awareness of my surroundings.  It was just me as a sparrow.  The sparrow’s vision was quite different from mine and the head would twitch, not in fear, but to bring different areas of interest into focus.  There was no fear as I knew it, only a laser tight focus on the present moment as the sparrow scanned the area for food.  Its vision seemed to come in all at once in a fuzzy mess.   The head twitch allowed it to bring into focus a small area.  Suddenly, the focus was on a branch across the way and the sparrow took flight.  As the little bird neared the branch, the connection was lost and I was back in my body.

I had just been given the gift of experiencing this world through the eyes of a bird.  The bird had no awareness of its greater surroundings, no perception of my existence.  Its reality was limited to what was before it at that moment.  The sparrow could not see the edge of the stage, if you will.  No doubt, the bird would not have been able to handle the vastly larger perception that I have through my physical body even though we as humans know that larger reality exist.

We in this physical reality are like that sparrow to our True Selves.  We either can’t or refuse to see the edge of the stage and understand the greater picture.  We limit our exploration and imagination to that which we can relate to our physical experiences, yet we know in our hearts that we are so much more than that.

Open yourself to the realization that we really are in a drama of our own making and we are the characters!  Quite your mind.  Sit back in that plush theatre chair, munch on some popcorn and observe.  Let all the drama, suspense, danger, and plot twist float past you just like a movie.  That little sparrow is not wrong to behave the way it does, it simply isn’t aware of or understand the true reality it lives in.

Trust your True Self, trust what is within your being.  There is nothing to fear, you cannot be harmed.  The movie will be over soon enough.